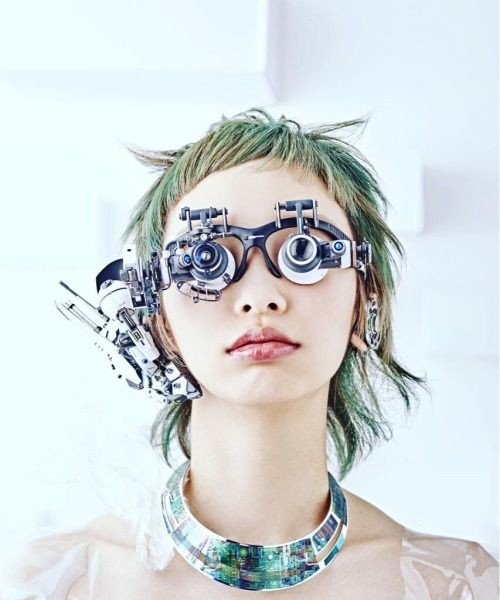 You might be rocking headphones while you read this–but does what’s playing make you better at your job?

Music has a way of expressing that which cannot be put into words.

It is for this reason (and many more) that music is regarded as one of the triumphs of human creativity–but does music itself help one to create?

This is an important question to examine, because music has increasingly become apart of the modern-day work session.

The soldiers of yore may have faced insurmountable odds to the sound of trumpets, but we desk jockeys are typically left to fend off our piling inboxes with nothing more than iTunes.

With so much of our work now being done at computers, music has become an important way to “optimize the boring.”

Though it may be a fine way to avoid habituation, the question remains: does music actually make you more productive? More focused? More creative? Or is all that a placebo?

People like me need to know. For nearly all of my work sessions, I have music playing in the background. I once wrote 10,529 words on customer loyalty (how exciting) listening to nothing other than the SimCity 2000 soundtrack–and yes, more on that later.

1. MUSIC MAY HELP MAKE REPETITIVE TASKS EASIER
When evaluating music’s effectiveness in increasing productive output, one element to consider how “immersive” the task at hand is.

This refers to the variability and creative demand of the task–writing a brand new essay from scratch is synthesis work that demands a lot of creativity; answering your emails is mundane work that does not.

When the task is clearly defined and is repetitive in nature, the research seems to suggest that music is definitely useful.

A series of experiments has investigated the relationship between the playing of background music during the performance of repetitive work and efficiency in performing such a task. The results give strong support to the contention that economic benefits can accure from the use of music in industry.

More modern studies would argue that it perhaps isn’t the background noise of the music itself, but rather the improved mood that your favorite music creates that is the source of this bump in productivity.

The effects music can have in relation to repetitive tasks were further explored in this study, which showcased how assembly line workers displayed signs of increased happiness and efficiency while listening to music.

2. IN A NOISY WORKPLACE, MUSIC MAY BE AN ESCAPE
Despite the somewhat variable effects of music on the individual, one thing is definitely clear: A noisy workplace can end up halting productivity in its tracks.

Perhaps a pair of headphones may not be as distracting as some bosses tend to think:

Dr. Lesiuk’s research focuses on how music affects workplace performance. In one study involving information technology specialists, she found that those who listened to music completed their tasks more quickly and came up with better ideas than those who didn’t, because the music improved their mood.

Again we see that mood is the main argument made.

The idea that headphones might beat out the constant yapping of your office co-workers has caused somewhat of a debate due to the rising popularity of open offices.

While the open space may encourage more collaboration, the chatter can be too much for some people to handle–I know that when I’ve worked in an open workspace, I couldn’t focus on writing without my headphones.

3. MUSIC SEEMS TO INTERFERE WITH LEARNING
When it comes to absorbing and retaining new information, distraction in any form is a huge no-no.

According to this research, music is no exception. Participants had a much more difficult time recalling a complex task when they had listened to music.

Music demands too much of your attention–even when the sounds are subtle–to be listened to when you are trying to learn or analyze new information.

Imagine trying to “read above your level,” or reading material that is outside your expertise, while being pulled away by the sound of music. It makes an already difficult task nearly impossible.

4. AMBIENT NOISE MAY BE THE CREATIVE SWEET SPOT
For those that do benefit in listening to music during creative sessions, an “ambient” presence of music appears to work best.

Researchers have shown that a moderate noise level can really get creative juices flowing, but that too much noise has the opposite effect.

This would imply that music with especially low-lows or especially high-highs should be avoided.

Deep basses and screeching synths might get you energized, but when listening and engaging in deep work, favor a more mellow sound.

5. LYRICS CAN BE VERY DISTRACTING
For those low-immersion activities I mentioned above, music with lyrics can offer huge benefits. As an example, studies clearly show that listening to music can help us with intense exercise (anyone who’s ever been inside a gym could tell you that!)

But with immersive tasks, lyrics are especially destructive to our focus.
Since listening to words activates the language center of your brain, trying to engage in other language related tasks (like writing) would be akin to trying to hold a conversation while another person talks over you… while also strumming a guitar.

Lyrics might not have the same effect for creative tasks that don’t directly deal with “verbal architecture,” such as designing. This study that looked at software developers suggested that music helped their output while working; I would still argue that for any language-based task, you should steer clear.

6. FAMILIARITY IS BEST FOR FOCUS
It may be beneficial to listen to music you are familiar with if you need to intensely focus for a project.

The reason being is that new music is surprising; since you don’t know what to expect, you are inclined to listen closely to see what comes next.

With familiar music, you know what lies ahead and thus the sound doesn’t become your primary focus.

While the “journey” of new music is certainly beneficial in other ways, you may want to tread a familiar path if you are using music to help get things done.

7. MUSIC FOR IMMERSIVE TASKS: WHAT WORKS?
Obviously “music that you like” should be given preference, but there are certain types of music that, from the research above, might be best suited to make us all more productive during immersive tasks.

I chose to look at this in particular because music for more repetitive tasks tends to be an “anything goes” situation: if Metallica helps you get through your inbox, turn it up until your neighbors complain.

In addition, most people tend to have a fairly wide range of music interests, so coming across or utilizing a certain type of music just for work isn’t out of the question–they needn’t always rely on what’s currently on their iPod.

Below, in order to introduce you, I’ll list the type of music, why it may be useful for you, and I’ll try to include some links on where you can find more.

CLASSICAL MUSIC (BAROQUE)
Why it works

Lacking in lyrics and often considered to be the apex of the craft, classical music is a popular choice for getting things done.

One study in particular made it very clear that Baroque-period tunes appear to have a measurable impact on productivity. The study only had 8 radiologists as subjects, however all but one reported that the classical music had a notable improvement on their concentration.

Noting what we’ve discussed above, not all classical music is created equal here–the dramatic twists and turns of “Toccata & Fugue in D minor” might not be as appropriate as the more delicate sounds of “Für Elise.”

Why it works
In electronic music, “ambient electronica”–and its sub-genres of chillout, downtempo, ambient house, and far too many others–all tend to fit our need for ‘present but unobtrusive.’

This genre also tends to be repetitive, in a good way.

Unlike all of the ups and downs of a symphonic piece, there are quite a few producers out there who aim to create ‘soundscapes’ (anyone remember Gabe from The Office?) that focus on a few melodies that repeat and build on each other.

The song’s focus will help your focus, as the repeating tones are nice to have going in the background.

There isn’t really a genre I could list here, given that anything else that may be “low key” could be a good potential playlist for the right people.

If vocals don’t bug you that much during work, give them a go

Jazz, hip-hop, indie rock, blues, and everything under the sun are really up for grabs here, but remember that “ambient” is the word of the day for a productive session with music playing, at least if you’re engaged in deep work.

This article originally appeared onSparring Mind and is reprinted with permission.